Which Coding Language Should I Use To Build My Website?

This is a question that should be asked by anyone who owns a website. There are many different ways websites can be built, so here is a list of common coding languages used and some key differences between them.

This web development language can be considered the foundation of all web markup languages. Developed in the late 1990s, HTML (Hypertext Markup Language) has been widely accepted as a primary language to understand and implement when developing and building a website. HTML is used for formatting the content features of the site, including images, interactive content and database integration. This is the basic idea behind HTML usage of elements and tags in order to format the HTML page.
One of the pros to using HTML is that the language is relatively intuitive; tags and attributes are easily used to format content and integrate other languages within the code. Beginning and ending tags as well as attributes illustrated above are a unique feature of the markup language.
The HTML language is thus read by web browsers in order to display the content of the page. The biggest con with using HTML to build your site is how easily mistakes can be made: with so many many lines of markup tags and elements, a single character can easily be missed, for example, which can break the code. Updating the site can be a hassle, and keeping up with the security of your HTML code could mean considerable downtime for your site. With the basic structure of the markup language, combining elements of Java, CSS, and PHP has increased the familiarity of this widely used language. Easily integrated, and considered the traditional structure of web pages for the past 20 years, HTML is the fundamental language that web developers use for creating visual content on the web.

This language is used for integrating with HTML in order to interact with databases within the web page. One of the biggest advantages of using PHP is the many different web dynamic databases that PHP can interact with, including MySQL, Oracle, and Microsoft SQL Server. Not only can you use high level database software, but you can also integrate low cost and free options for sites that do not require scores of server space or a database management team.
PHP (Hypertext Processor) is used for manipulating the data within the language itself to add, delete, and modify tables in the database. This saves time and money when considering the time it takes to manage a database. PHP is also used for gathering form data in empty fields. PHP is also used to redirect users from your web page.
PHP uses the environmental variables in the markup language as well as code. Examples of several commonly embedded PHP code are as follows:

This includes several types of code used for database manipulation:

The biggest disadvantage to using PHP is the legacy of the markup language itself as globals and magic quotes are still utilized. Globals are variables that are accessible throughout the entire script. Legacy feature of PHP increases the likelihood of security vulnerabilities. 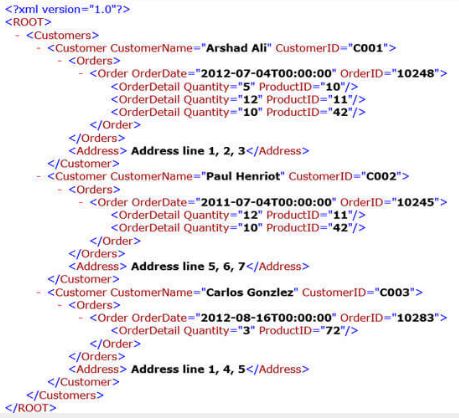 One aspect that separates XML from HTML is the self-defining tags; HTML standardizes the code it uses. The industry standard for XML is DITA. The biggest disadvantage is the size of the parsers that are used in tandem with the language in order to process the extemporaneous amounts of coding that XML traditionally requires to run the most simplest of procedures.

Some features of XML:

XML continues to be developed and evolving towards the needs of the workplace for streamlining automated processes.